I hadn’t been playing guitar too terribly long when I began to hear others talking about “finding their voice.” Huh? How do you find your voice...on a guitar? You just play it right? Put your fingers here, strum or pluck a few strings over there and if you’re lucky or have developed a modicum of talent, you should be able to produce something that resembles music. Right? Well, as it turns out there’s a little more to it.

“Finding your voice” in music (according to my very quick search on the internet) means the distinctive tone or style of your expression with your chosen instrument. That definition still sounds pretty vague to me. So, after a couple of decades of plucking at a guitar nearly every day, here's my attempt at describing what I think it means to "find my voice" on guitar.  I think about how hard or soft I pluck a string. If I use my fingers or a pick. Which part of my finger or how thick or thin the pick I use is. When I play loud or soft, Acoustic or electric.  What kind of amplification I choose to use.  The gauge of strings I use.  Whether I slide into my notes allowing each one to ring out or attack them aggressively in a very harsh staccato manner.  The variance and considerations to my approach are endless, but while varied I have developed something fairly consistent that sounds like...well, me.  Every player I know over time slowly develops a sound influenced by those they learned from, emulated, or simply discovered on their own because of the way it sounded to their own unique, individual ear. They developed a sound that was uniquely theirs colored by all the influences picked up along their musical journey.  Simply put, they find their “voice.”

I no sooner began to understand and appreciate this concept on guitar when I began to write and sing songs. Now “finding my voice” suddenly took on a literal meaning! I began to think about what I wanted my songs to say AND how did I want them to sound when I sang them. I thought about the composition on guitar. I asked myself if I was going to write fast, toe tapping songs that could be played on the radio or explore emotions rattling around in my head and heart. I had to think about my desire to look at social injustice and write about the events that affect humanity and mankind. I honed my singing voice and discovered what felt comfortable and eventually found something that fit the words and music I was writing with the way I played guitar. There was and still is so much to consider.  And, if I'm being honest, after playing, writing and singing songs for over 20 years I still don't know if I've truly found "my voice." I think I'm getting closer, but I'm not sure I'll ever get there. The more I learn, develop and progress in all my musical skills, the more it seems to impact what I have to say and how I say it. All of this has had me thinking a lot about the "voice" we all have, even if we don't play an instrument. We all have something to say and our own very unique way of saying it. And how we say it matters.

You can't turn on a computer or television today without someone, somewhere explaining, showing, berating, or simply commenting on the events of the world. Not just the world, but each other! It doesn't matter how trivial or uneventful it is; someone somewhere wants to tell you and others what they think about it. I don't think the human race has suddenly discovered it had a voice. People now have a platform for their voice and I question if that very platform hasn't begun to define, shape and influence the tone and way we choose to express "our voice." Not unlike musicians who favor certain guitars or amplifiers to define their sound, I think we humans have begun to favor social media to share our voice and it has drastically shaped the words we choose and the way we deliver them to express ourselves and our message...our voice. Conversely, we have allowed social media to be the only "voice" we listen to when learning about the world around us.

What we say and how we say it is the voice we developed over years and years of observation and practice. It's really no different than a musician or any artist for that matter. We watch, we observe and we emulate. We get older and become exposed to more and more in our daily lives through our travels and the people we come in contact with. Sometimes we are open to changing our perspective because we choose to learn. Sometimes we simply avoid people and places that run counter to our beliefs, ideals and principles. We develop this voice over time, just like a musician and it's how we tell the world about who we are and what we care about.

So in this season of change I find myself these days, I have decided my musical voice isn't the only thing I'll be paying attention to moving forward. I've invested a lot of thought and effort into really trying to discover who I am musically and what I have to say to my listeners. I'm also giving a lot of thought to how I say it. But, I am also really starting to take notice of my "voice" outside of music. What do I believe? How do I choose to share those beliefs and with who will I share them? I will give much closer consideration to the voice of those around me as well and make an effort to really hear what they are saying.  Maybe I'll learn something.  Maybe, just like music,  it simply won't resonate with me personally and I will tune it out.

What's your voice sound like?  What are you passionate about and how do you choose to share it? Maybe you join or lead a book club, write a blog, or lead a study group or volunteer to mentor kids or coach little league. Perhaps you simply take your friend out to lunch and talk about the world around you and compare notes and seek their input. Maybe you're the person who is convinced one more political meme to your 1200 "friends" on social media will finally allow them to see the big picture.  Whatever you do and however you do it...it's YOUR voice. The message and tone you use to communicate with is the "voice" people will associate with you, just like any musician. Have you ever paused to ask yourself if you're happy with your voice because it best represents who you are and what you care about?  Will you be like most musicians who are never quite satisfied with their voice and choose to continue studying, listening, observing and practicing until you discover the best way to share thoughts, ideas, dreams and hopes as a means to inspire and educate rather than belittle and tear down.  It's all up to you.  It's YOUR voice. Regardless of what it sounds like, everyone around you hears it. And it matters.  God Bless, y'all.  Take care and be cool to one another. 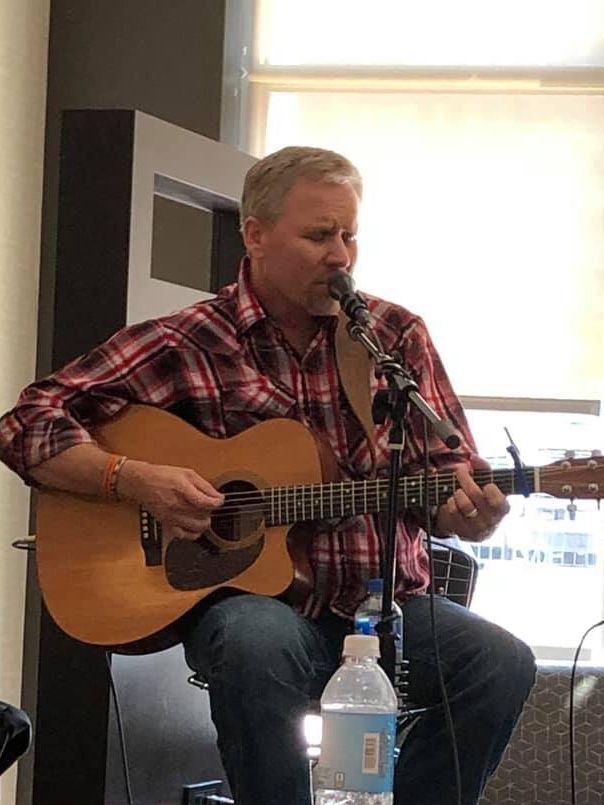