I've been driving around all day occasionally glancing over at it in the front passenger seat to take in the the reminder of memories that made me smile and laugh. And of course the not so distant memory I've had rolling around in my head all day while I went out on my errands. It's been just under 24 hours, but the black leash with the bright red harness dulled over the years was worn by its owner for the last time yesterday. I took my dog Scout to the emergency clinic last night shortly after midnight. His leash came home. He did not. I'll spare you the details. He was old and he lived a very good life and simply became victim to the one thing none of us can escape regardless of our position on the food chain...time. So what does this have to do with anything related to my music, or you for that matter? Well, probably nothing. But I write; it's what I do to get it out. Sometimes it comes with a melody, a rhyme scheme and a chord progression. Other times, it's just thoughts on paper to help me get feelings out where I can examine them, turn them over in my head and study them closely for meaning or purpose. It's how I'm wired. And I guess I thought some of you have possibly been where I was last night too, stretched out on an exam room floor with tears pouring down your face talking to your pet for the last time and begging him to understand why it has to be this way and not be scared. Crying uncontrollably while you listen to "Maggie's Song" by Chris Stapleton on repeat the whole way home. It was storming with a steady stream of lightning the whole way home and I know God understands my need for a good dramatic setting. He didn't disappoint.

Scout was, as customarily is the case with kids and pets, not my idea. But, he was my dog. I knew early on God picked me out of a few billion people on this planet to have this particular dog because if there was anyone who needed (needs) to learn patience, it was (is) yours truly. If there was anyone able to teach me, it was this 2.5 lb ball of fur. Beagles are known for a few "habits" - Their noses getting them in trouble as they wander in search of whatever it is they smell, eating ALL THE TIME, howling non-stop, and finally my least favorite Beagle habit...well, I'll reserve that for in person discussion. He didn't disappoint with one exception. Scout hardly ever barked or howled. I guess God knew I had a limit and that was probably it. But yeah, he tested my patience from day one. First by escaping the yard to go explore and follow whatever scent he was on to. My answer was simple...electric fence. voila'! The electric fence did wonders for keeping the dog in the yard. However, it also kept me busy for hours on end looking endlessly for breaks in the circuit, repairing wire breaks after wayward excavations planting trees, shrubs, etc. I'm quite sure God and Scout are laughing at this very moment over who exactly was training who during his earthly visit. Then there was the insanely frustrating habit of this dog's never ending search for the perfect place to pee. It was painful to watch as he completed a dozen figure eight patterns as if he was zeroing in for a bombing run over enemy lines, only to have him abort and repeat the process a few more times. Patience. I would repeat the patience mantra every morning, afternoon, and night. I actually began to use the agonizingly long "potty" time to practice my breathing exercises from vocal training. Once again, I'm left wondering who was training who during Scout's time here on Earth. And of course there was digging up fresh planted roses, eating ant poison, scratching up my leather chair to make himself more comfortable, eating my new Keens, refusing to even remotely show interest in any yard vermin or pests. Patience.

After a few years, Scout and I eventually found our rhythm. We respected each other and I remember distinctly about six and a half years into him being in the family I did the "dog" math and realized we had reached that apex of being very close to the same age. I begin to have a new found respect for him. I saw in Scout the same things I was seeing in the mirror, a little more gray, moving a little slower, expanding waist lines and maybe needing a few more bathroom breaks. We were both middle aged guys facing the last half of our life. I even chuckled when he tore his ACL chasing after a much younger dog. Stupid old dog. I think I threw my back out a few months later and laid in the floor alone for a half hour until the muscles relaxed enough to crawl on all fours to the couch. Stupid old man. And while he could frustrate the hell out of me, I begin to realize over time, we were really kind of the same. We both loved a good meal, a nap with the sun on our face and being in the company of those who love us for who we are. He became my buddy and instead of shooing him out of the kitchen, I made sure he got to eat some of my apple I cut up and I always tossed a few blueberries on the kitchen floor for him. It was our favorite snack together.

Scout's in heaven now and I really like to believe he's hanging out with all the animals I have had over the years and waiting on me to come sit down so we can nap together with the sun on our face. There's a lot to learn from our pets; mostly we can learn about ourselves. Anyone close to me knows I have always said if you want to learn about a man, watch how he treats his dog and his waiter/waitress. I'll be the first to admit, I've been impatient with previous pets and Scout was probably no different, but something about Scout told me he was there to teach me how to be patient and he did a phenomenal job. I miss him already and have found myself today looking over to see if he needs to go out or if he's laying in his bed or under my feet in the kitchen. He's not. He's looking down and probably waiting on me to "come home." Have patience Scout, I'll be there soon enough one day. 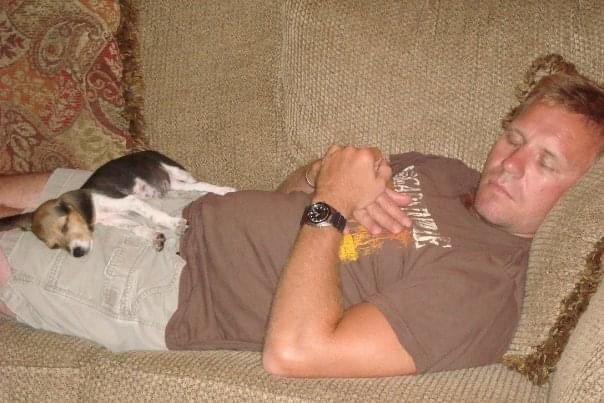 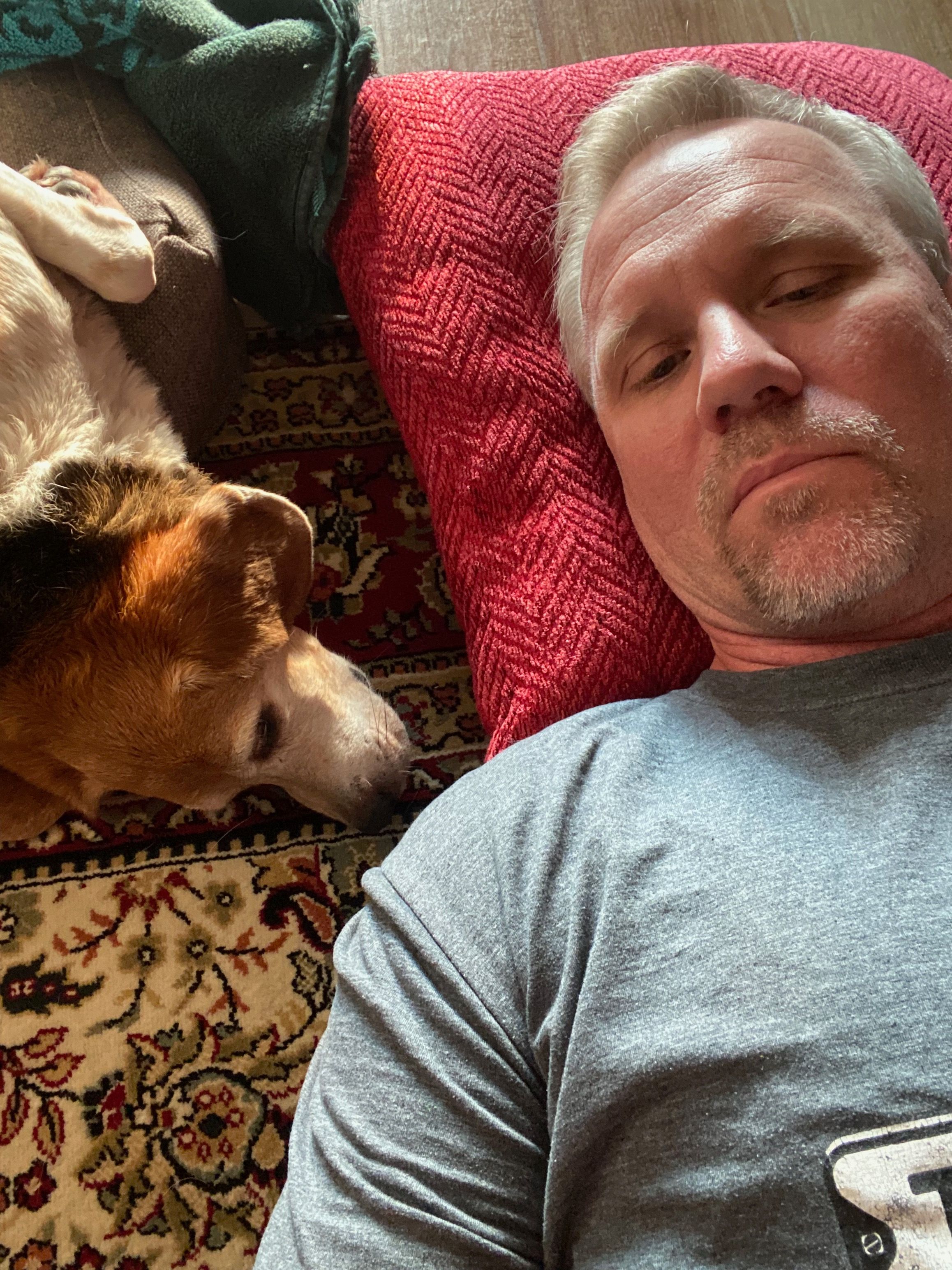